The 2019 Formula One season began on March 15 with the Rolex Australian Grand Prix and has since included races in Bahrain, China, and Canada, among other countries. The season concludes on December 1 with the Etihad Airways Abu Dhabi Grand Prix.

Ferrari Drivers and 2019 Formula One Performance

Mercedes’ drivers Lewis Hamilton and Valtteri Bottas took the first seven wins of the season, but Ferrari has a comfortable hold on second place in the overall constructors’ standings with 172 points. Next is Red Bull Racing Honda with 124 points. Meanwhile, Ferrari’s drivers Sebastian Vettel and Charles Leclerc rank third and fifth, respectively, in the 20-driver field.

Vettel, a native of Germany, finished fourth and fifth, respectively, in the first two races of the season, but he finished second in the two most recent Grand Prix events (Monaco and Canada). Leclerc finished fifth in three races this season but registered a season-best result of third place in Bahrain and Canada.

The Yas Marina Circuit hosts the Abu Dhabi Grand Prix, part of a grand-scale tourist development that includes a marina, concert venue, and Ferrari World theme park. The venue can fit roughly 60,000 spectators, while its track, designed by Hermann Tilke, boasts unique elements such as the pit-lane exits, which tunnel under the circuit, and the Yas Viceroy Abu Dhabi Hotel, which features a bridge crossing the track between turns 18 and 19.

The Abu Dhabi Grand Prix joined the F1 World Championship circuit in 2009 and remains the only F1 race named in honor of its host city instead of its host country.

Vettel won the first-ever Abu Dhabi Grand Prix in 2009, although he wasn’t part of the Ferrari racing team at that time. He was with Red Bull Racing until 2015. He won the race again in 2010 and, in doing so, secured the World Championship with the overall lead in points.

Ferrari driver Fernando Alonso finished second in the race in both 2011 and 2012, though the event has been dominated by Mercedes’ Hamilton and Bottas in recent years. Ferrari has yet to win in Abu Dhabi, although Vettel won three races there from 2009 to 2013, so he could be a threat at this year’s Grand Prix, especially considering he holds the record for the fastest lap time at 1:40.279.

The Etihad Airways Abu Dhabi Grand Prix will be about more than just racing. As part of this year’s event, car auction company RM Sotheby’s will host its first-ever major auction in the Middle East. The auction will take place on November 30, 2019, at the Formula 1 Paddock Club, where registered bidders will be able to view the company’s vast selection of vintage and collectible automobiles. Bids will be accepted online and via telephone as well.

One of the highlights of the auction will be a Ferrari F2002, which was driven by former Ferrari racer Michael Schumacher during three of his 11 wins during his World Championship-winning 2002 season. He secured the World Championship with six races remaining on the circuit that season, a record that stands as the quickest a driver has accomplished an overall title.

“The Michael Schumacher F2002, chassis no. 219, is truly special; it represents one of the last Rory Byrne-designed, V10 era cars and was like a guided missile in acquiring wins on route to a Championship won with sheer racing dominance,” said RM Sotheby’s car specialist Oliver Camelin. “As a result, it remains as one of the most dominant Formula 1 racing cars in history and is fittingly joined by the ultimate in Ferrari supercars in the virtually as-new Ferrari F40.”

The Ferrari F40 to which he refers is a restored, low-mileage 1990 edition of the specialty vehicle. Vettel signed the F40, and he will attempt to win his fourth Abu Dhabi Grand Prix that weekend.

Guests who are looking for an authentic Ferrari driving experience can drive a Ferrari around Yas Island. There’s also Cinema Maranello, which is designed to replicate a 1920s-era Italian cinema. There, guests can take in a film on the origins of Ferrari as well as Grande Spettacolo, a live 20-minute spectacle featuring dance routines, illusions, and acrobatics. 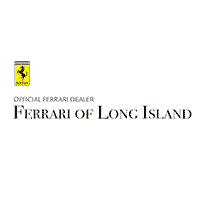