Ferrari has made a name for itself with its innovative designs and powerful engines.

Specifically, the iconic V12 engine that has won multiple races and powered the most glamorous and popular road cars ever built by Ferrari. The Ferrari V12 has quite a colorful history peppered with some key people in Ferrari history as well. 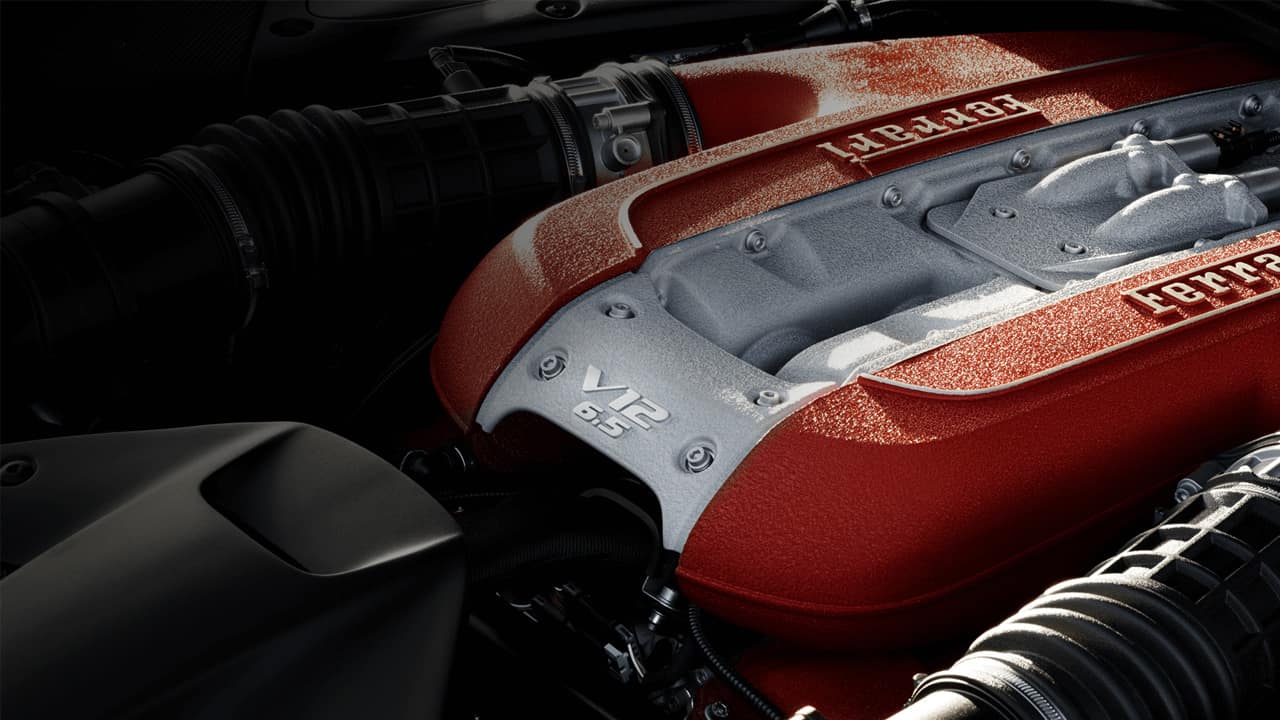 A Look Back at the Ferrari V12

Two V12 engines were present during the Ferrari’s formative years. The larger V12 engine designed by Aurelio Lampredi and the V12 designed by Gioacchino Colombo. Lampredi’s V12 was notable for sure, but it was Colombo’s creation that ultimately fuelled the Ferrari V12 legend.

This engine not only found a home in their car maker’s original road car but also went on to power iconic models such as the 250 GTO and the 250 Testa Rossa. It has even been said that when it comes to pedigree, this engine is continually unmatched.

But How Did It Come to Be?

Colombo came to work for Ferrari after an engine he designed caught the eye of the Enzo Ferrari himself. This creation was a straight-eight supercharged engine used on the Alfa Romeo 158/159 created in 1938 and won numerous Grand Prix races. He was taken on by Ferrari after WW2 ended with designing a V12 engine that Enzo Ferrari had always admired and wanted for his car designs.

The resulting design was made of lightweight aluminum and a 60-degree V12 engine. It was just 1.5 liters and used a 52.5mm stroke as well as a 55mm bore. It was designed so that it could safely rev up to 7000rpm in high compression 118bhp form. These features may not seem all that impressive now, but back then, this was an astounding feat.

The engine had a couple of quirks in that it used hairpin springs for the valves as opposed to coil springs. Another characteristic was that the cylinder heads used copper rings for seals and not gaskets. These were reverted later on to the more traditional methods used. The engine also had a feature that hinted at Colombo’s plans for growth capacity. This feature was the press-fit cast iron liners used for the cylinders with bore centers set at 90mm apart. The original 55mm measurement increased to 77mm, after which the engine block was modified.

Ferrari took its engines seriously and even used its engines to develop their model numbering system. It was recently changed, but looking back at their first car, all you need to do is divide the 1496cc capacity by its total number of cylinders and round the dividend up to the nearest whole number. This procedure is how they came up with the Ferrari 125. The company’s first-ever production car released in 1947.

Ultimately, Colombo’s journey with Ferrari came to an end after a falling out with Enzo Ferrari. But he left behind an engine that would continually be tweaked by those that followed him and resulted in some genuinely fantastic engineering and car performance feats.